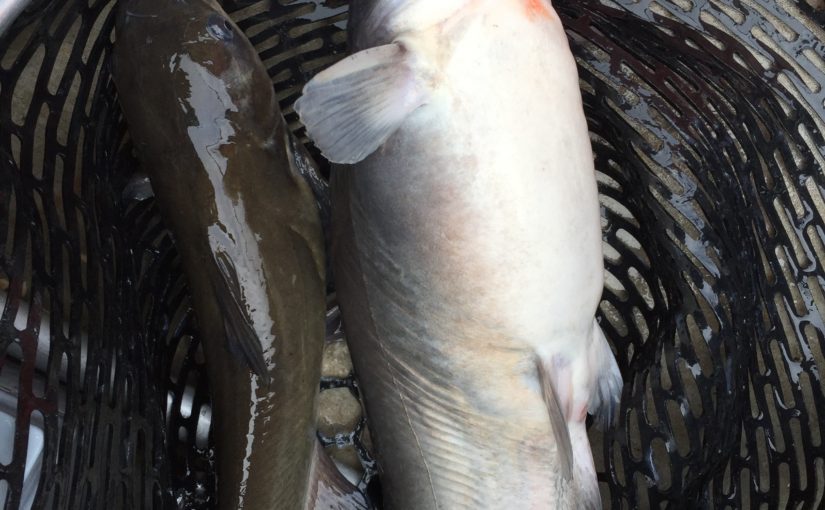 The Blue Catfish and the Channel Catfish are two very similar species with a great deal of overlap in range, habits, and physical characteristics. Anglers will often catch one while targetting the other. Identification can be tricky at times for the uninitiated.

Blue catfish attain a larger size than the channel catfish, sometimes exceeding 100 pounds. Under optimal conditions channel catfish will occassionally grow beyond 20 pounds, rarely surpass 30, and only a handful have ever topped 50 pounds. All fish start small, so size is only definitively helpful in identifying the largest blues. As the name implies, blue catfish are usually bluish gray on the dorsal side. Fish coloration is highly variable, so you can’t rely on that. Blues will typically have a more robust build with more weight in “upper torso” compared to the channel catfish. The body shape can be helpful for ID at a glance, but again, it’s not conclusive.

Look at the pic above of the two fish in the net. The fat, silvery blue one is a blue catfish. The slimmer, brown one is a channel catfish. Sometimes a proper ID is that easy; sometimes it’s not. 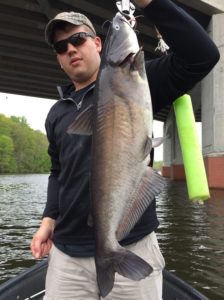 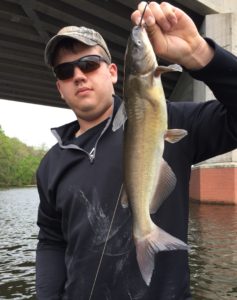 Above are examples of a blue and a channel of similar size, coloration, and body shape. 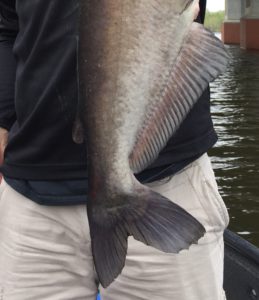 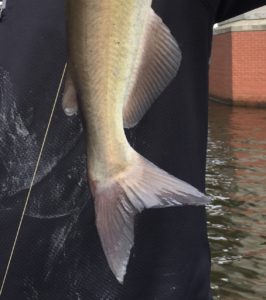 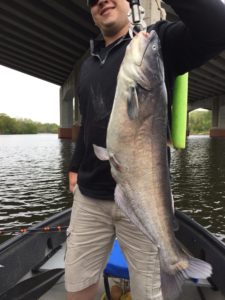