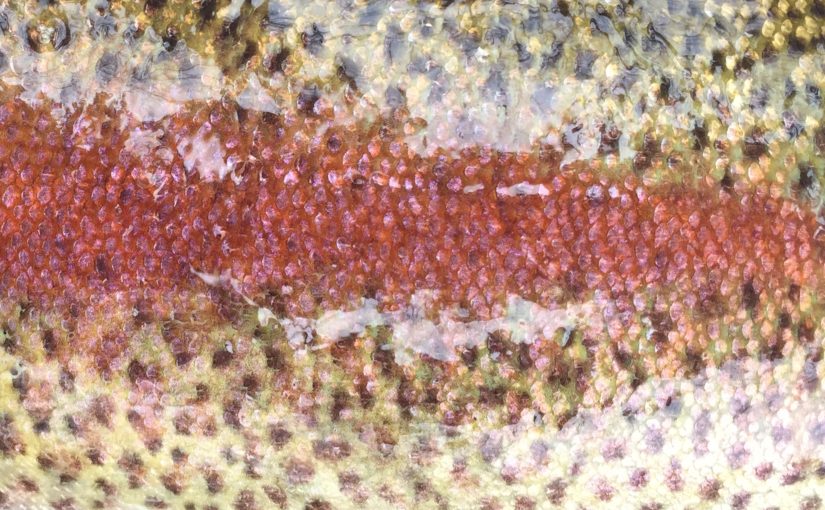 With melting snow and ice swelling local streams, it was time to add another salmonid to the 2018 flyfishing list. The rainbow trout is now #3 on that list.

The gentle rise of meltwater added only the slightest stain to the water. The river held enough turbidity to put the fish at ease, while enough clarity remained for easy sight feeding. Conditions were perfect for nymphing at close range. 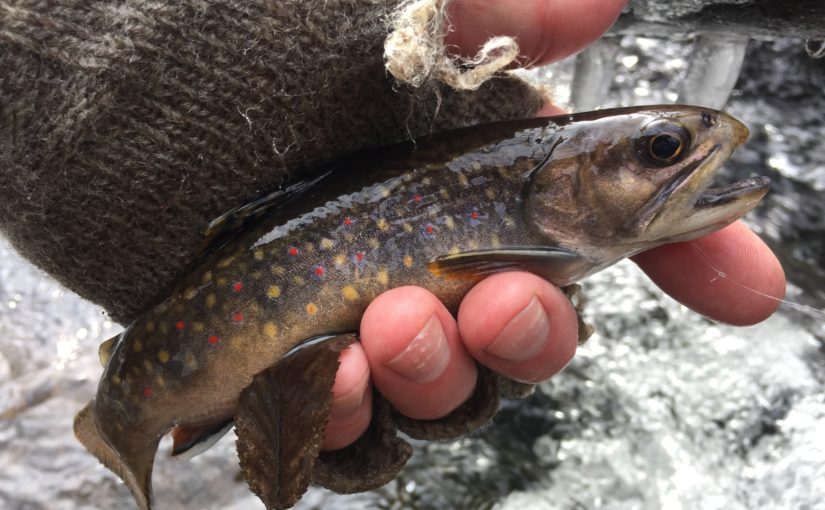 Last week, I set a goal to catch 20 different species of fish on the flyrod by the end of the year. This week, mild weather gave me the chance to add to the list.

Being my first visit to this particular, small mountain stream, I wasn’t sure what to expect. Thankfully, I found some native brook trout receptive to my flies. Here’s the release of the first one:

A large mouth and a matching appetite make brookies vulnerable to over fishing. Whether mandated by your state or not, careful catch and release is the rule within their native range. These beautiful fish are slow to grow, slow to reproduce, and too valuable to be caught just once. 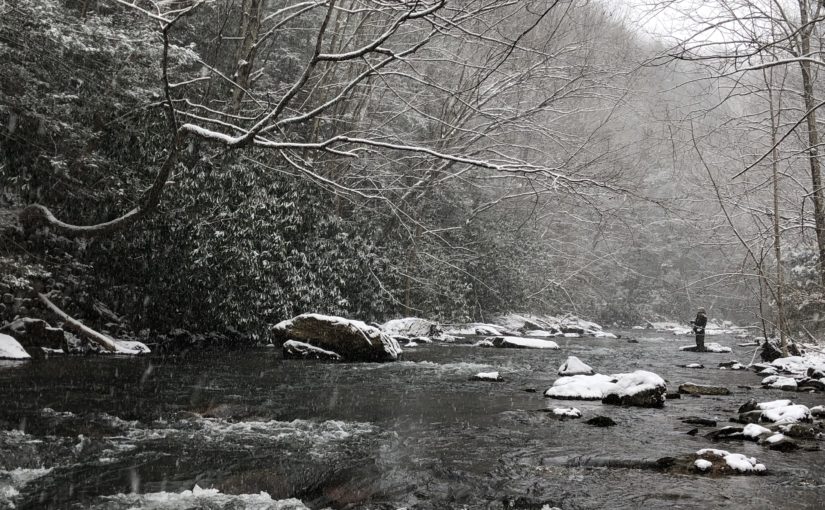 My fishing habits and preferences are continuously changing. I used to think of it as a circular path, but it’s really more like a jumble of old monofilament. It’s sort of like a spiral, but with many points of unpredictable intersection.

I was born into spin fishing and have jumped around between spinning/baitcasting and flyfishing since I was a teen. There was a period of several years where flyfishing was clearly my preferred method, but I never fully put away the conventional tackle. For the last decade or two the flyrod has been a tool reserved for special occasions.

That doesn’t make sense. When I do break out the flyrod, I always have the same thought; I should do more of this. I enjoy almost every aspect of it. I like the casting, the fight on the long rod, the finesse, the fly tying, even the reduced weight when traveling is nice.

I have heard more than one person say this in varying terms. If you want to switch to flyfishing: sell your spinning tackle, put your spinning rods in the closet, don’t bring spinning tackle on the boat etc., etc. That is too miltant to me. Plus, it leaves a lot of meat on the bone.

I came up with a better psychological strategy to implement more flyfishing in my schedule. I’m going to challenge myself to catch 20 different species on the flyrod by the end of the year. Why 20? First I thought ten would be enough, but there’s probably five intentional gimmees and another five common bycatch in my local haunts. Without making a list and over-thinking it, I semi-ambiguously decided on twenty species. That’s it.

The game is afoot!